“I’ve never given up on the life of a fellow human being, nor do I intend to now, nor could I. I have a different purpose in this world.”
Dr. József Béres Sr.

Dr. József Béres Sr. was an agricultural engineer – a healer of the soil, of plants, of animals, and then of people.

Béres Drops, which have been used every day by hundreds of thousands of people for decades to preserve their health and support their immune system, were born out of a love of the earth: they are akin to a bow before the power and wisdom of nature. It is an idea that emerged from a single mind, one that helps us find our way back to our roots. It channels the balance found in nature to create harmony within us. 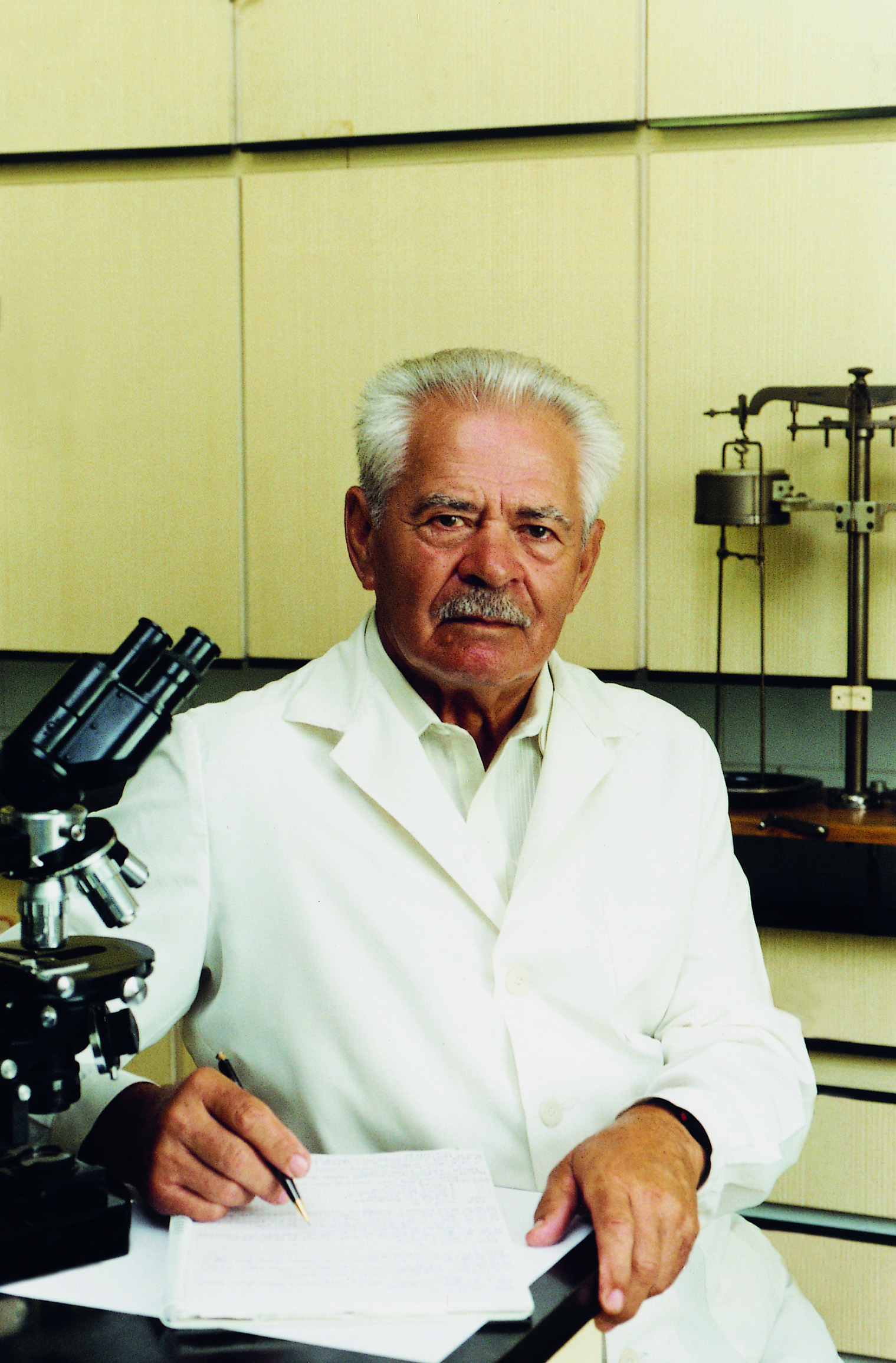 The life of Dr. József Béres Sr. was a constant struggle against those who were envious of him, and a tireless labour of love for the sick and for the community. Dr. József Béres Sr. created Béres Drops in 1972. Although the researcher himself soon gained a reputation, it was not possible for the product to garner much attention until the change of regime. József Béres never gave up, however, and today, family-owned Béres Pharmaceuticals is one of the most successful of Hungarian companies, which, in addition to Béres Drops, markets a host of other products that help us preserve our health.

His life is one of the most beautiful examples of diligence, perseverance, ingenuity, hard work, helpfulness, and faith in the community. Although he said many times that “no one can be a prophet in his own country,” he has indeed become one. His extraordinary commitment to his vocation and purpose in life made him a legend even in his own lifetime. He lived among us from 1920 to 2006.

The name of Béres József has been preserved in the names of numerous institutions, public spaces and monuments. There is a statue of him in his hometown and another at the Semmelweis Museum of Medical History among the other great healers of Hungary. His life story has been told and re-told in numerous books, plays and documentaries, and in 2019 a television film series was produced about him entitled Cseppben az élet (Life in a Drop). In February 2020 a feature film portraying the most dramatic part of his life was released in cinemas: A feltaláló (The Inventor).

Would you like to see the museums at the Béres Headquarters?

Get to know our OTC products and food supplements

Use of the required cookies is essential for the operation of our website, and so your consent is not needed for this. Use of statistical and marketing cookies only assist us in our work, meaning that their use is not essential, and so we can only use such cookies with your consent. Learn how cookies work and see the cookies we handle in our detailed information guide here: here! You can modify or withdraw your consent at any time by clicking on the “Cookie settings” link in the footer of our website.
Cookie settingsAccept required cookiesAccept all cookies
Cookie settings

Cookies are small text files that a website can use to make the user experience more effective. We are permitted to store cookies on your device without your consent if this is essential for the operation of our website. To use all other types of cookies, we need your permission. You can modify or withdraw your consent at any time by clicking on the “Cookie settings” link in the footer of our website.